Our company was founded and is led by senior executives of AEA Investors and Bridges Fund Management, both of which are affiliates of our sponsor.

Our management team’s objective is to leverage their investment expertise, value creation and impact management capabilities to create a unique platform to generate financial value and drive positive impact for our company.

We believe that our distinctive and complementary expertise can have a transformative impact for the company with which we partner, adding value from a commercial, operational, strategic, and impact management perspective.

For further details on our Board of Directors, please visit here.

John is the Executive Chairman of AEA. He joined AEA in 1999 as a Partner and Head of AEA’s then newly-formed European operations based in London. In 2002, he became President of AEA while continuing to head European operations and lead AEA’s global Value-Added Industrial Products and Specialty Chemicals teams. In 2006, John also became CEO of AEA, during which time he was responsible for all operational aspects of AEA including fundraising, investment review process, growth and strategy and operations. John was also named Chairman of AEA in 2012 and in 2019, in connection with relinquishing the title of CEO, he became the Executive Chairman. As Executive Chairman, he remains responsible for AEA’s investment review process.

Since 1999, under his leadership, AEA has made 75 private equity investments totaling over $9 billion of invested capital. He was also instrumental in the creation of the AEA Private Debt Funds in 2005 and the AEA Small Business Funds in 2004. John has served on the board of numerous AEA portfolio companies in addition to various other companies. John serves as the chairman or member of the investment committee for all the various AEA private equity and private debt funds. He has a long history of working together with family-owned and entrepreneur-led businesses and investors to help them maximize their potential and meet their long-term needs. 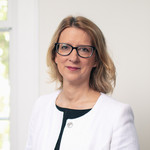 Michele is the Co-CEO and Co-Founder of Bridges Fund Management. Michele has almost 30 years of experience in international development and responsible finance and has extensive experience of impact-driven investing. Under her leadership, Bridges has raised over £1.0 billion since inception and led over 150 transactions; it now employs 40 investment and impact management professionals focused exclusively on impact-driven investment.

Michele currently sits as a Non-Executive Director on the board of CDC, the UK Government’s Development Finance Institution. Her prior experience includes chairing the UK National Advisory Board on Impact Investing, part of the Global Social Impact Investment Steering Group, from 2016 to 2018, and sitting on the Council of the British Private Equity and Venture Capital Association (BVCA). She was previously an adviser to the U.K. Treasury’s Social Investment Task Force, chaired a Global Working Group on Impact Investing Policy and chaired the Community Development Finance Association. She was awarded an OBE for her services to international development and social finance in the 2018 Queen’s Birthday Honors list.

Ramzi is a Partner of AEA and has over 20 years of private equity investment experience. He focuses on AEA’s investments in Europe. Prior to joining AEA in 2018, Ramzi was a Partner at TPG Capital in London, where he completed investments in various sectors including retail and consumer, industrials, building materials and technology and telecom. He has served on numerous boards and has closed transactions in several markets including the United Kingdom, Germany, France, Turkey, the Middle East and Australia. 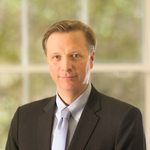 Brian has nearly 20 years of impact investing experience, and is currently a Partner at Bridges in the U.S. Sustainable Growth Fund, and a director of the Bridges Impact Foundation in the United States. He also teaches social entrepreneurship at Harvard Business School. Brian was the first impact investor to go through the Kauffman Fellows Program of the Center for Venture Education, and is a Henry Crown Fellow of the Aspen Institute.